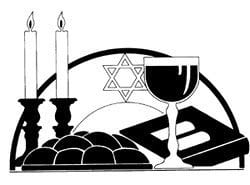 Human existence involves a constant tension between what man is – his values, goals, concepts, visions, self – and the environment in which he lives.  He is affected by everything around him:  How much effort must he exert and how far must he go to earn his livelihood?  What sort of people must he deal with?  Are his neighbors and conditions of life compatible with his own sense of what he is and what he wishes to make of himself?  How much should he learn from his neighbors and how much should he shun their influence?  Man is at the center of an often turbulent, always confusing, set of elements that entice and threaten, convince and reject, submit and rebel.

Figuratively this condition is likened to the six directions – east, south, west, north, above, and below – that surround every human being.  These directions symbolize the influences that work on him incessantly.  They are outside of man, not of his essence, but he is never free of them, always surrounded by them.  There is a seventh factor, as well.  It is the placid center of it all – the inner man, who is the object of all the forces, but is not part of them.  The challenge and purpose of life is for man to shape and maintain his inner identity in accordance with the spiritual dictates of his soul, to use outside influences when they can help him achieve his goal, and to repel them when they conflict with God’s will.

In the realm of time, this concept is represented by the six days of the week and the Sabbath.  During the six days of creation, God fashioned all the divergent aspects of the universe, from the gravitational forces that hold it together to the furiously speeding forces that tear at every atom and solar system.  From mountain to amoeba, from the most spiritual to the most slothful and voracious, all was created during the six days.  Those creatures represent the infinite variety of forces and values that constantly struggle for control of the universe and of man.  They are symbolized by the six “days” that surround the Sabbath, the “inner self” of creation, for on each day God created new beings; forces and concepts were created, each of them making it harder for man to gain a true perception of the Creator and His will.

What is the “inner self” within those external factors?  The Sabbath.  For on the seventh day, God rested and filled the world with holiness, to prove that Creation had not been, could never be, divorced from Him and His holiness.  The reminder returns after every six days of turbulence:  The holiest of days proclaims that in six days God created the untiring mainspring of activity, but on the seventh day, He called a halt to the sprawl of productive labor and reminded man that there is a point, a center, a purpose to it all: for man to remember to utilized the universe to do God’s will and make it a reflection of His glory.

*This was taken from the “Overview” of the
Artscroll Siddur for Sabbath and Festivals.