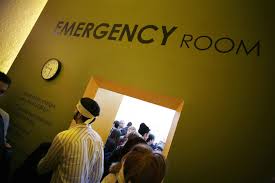 And just when I was talking about things settling down… I spend Shabbos in the ER!

Everything is ok now, but my mind is just spinning with images and experiences of the last day. I  went in with my daughter  Thursday night and thought we’d be out earlier, but things were taking so long that as time marched on we knew we would be there for Shabbos.

Once that reality set in, it was time to do what we could to get ready.

I couldn’t change my clothes, but I went into the bathroom, washed my face and retied my tichel in honor of Shabbos. I said to my daughter who was in her hospital gown, “What can you do?”

She had the great idea to straighten out the room. So there we were, folding white sheets and throwing away plasticware from lunch trays with a little skip of joy in our hearts.

I can’t explain it, but I felt the Shabbos presence entering through those simple acts of preparation. I called my husband and asked him to light candles for me. Because as you know each person has their own light, and it needs to be lit every Shabbos. 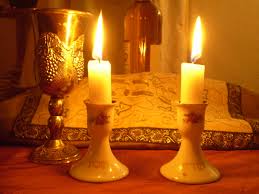 I remember a long time ago when I was rushing  late afternoon on Friday to get some antibiotics for one of our kids. There was traffic on the way home and as I was driving I saw all these men walking to shul.

I had no idea if I’d made it in time. I was shaking. When I got home I was too scared to light candles because it may have been Shabbos already.  At the end, I didn’t, but as is the custom of Jewish women, from then on I light an extra candle each week to make up for the light that was lost then – and as a reminder to how precious the mitzvah is.

Anyway, back to our room. I left the tv on, which was not ideal in terms of the spirit of Shabbos but I felt was compassionate, considering we had no idea how long we’d be there. And in the meantime, we were given an awesome gift that no one was in the second bed that was in the room.

So I drew the curtain between the beds and now we had the tv room and the Shabbos room. “Lets sing Shlom Alaichem to welcome Shabbos.”At first she was a bit resistant, a little self conscious. But as we began to sing, a peace and perfection spread throughout the room. I will never forget it. We sang, we laughed and then we made a funny little kiddush in a Styrofoam cup with grape juice we had gotten from the special kosher room in the hospital.

I had to go to  different part of the hospital to get our food. As I walked, angels appeared (in scrubs) and walked ahead of me opening the electric doors for me and pressing the call buttons when I needed it. I felt like I was floating through the halls, protected by Shabbos. I was.

When I was finally given the go ahead to go home, it was 12:00 in the morning. They called a taxi for me (no driving on Shabbos, but you can get a ride if it’s to help a sick person.) and I was pretty apprehensive about paying him. I would have to bring him into my house and have him take the money because we don’t handle money on Shabbos. Something which I’ve done before, but not at 12:00 am.

I decided to deal with one thing at a time and worry about it when the time came. Guess what! It turned out that the hospital had taken care of the bill with a voucher!

But the night was not over yet. When I got home, the door was locked and the key that was hidden in the back was hidden too well considering it was the middle of the night.  So I climbed through the window, plopped belly first onto the waiting couch and was home!

I got off the couch and looked around. It looked like a tornado had hit the house! There was clothes and crumbs and cereal boxes left on the table. My family had left town before Shabbos  ( my husband’s sister is in from Israel and they had to catch her for the one Shabbos that she’s here.) and thinking that I would be back before Shabbos we hadn’t made any plans.

Remember the special feeling that Shabbos prep gave the hospital room? Well, this was the exact opposite. I felt like I was stepping into a time warp.

After a long day, having slept on chair the night before, my family away, my mind generally frazzled I did something I’ve never done before. I took a strong shot of whiskey and went to bed!!!

At this point I should stop writing, because it’s so long and so much happened that this post would be three times as long. But as you can see Shabbos had only just begun! There was SO much more!

It may have looked like I was in the ER last night. But I was in Shabbos. 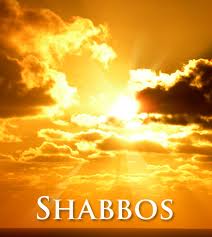 *If you’re not Shabbos observant I’ll just give you a little bit of info that will help you to understand what this means. It means that when the sun set on Friday we would be entering a sacred space in time. The way honor and protect that space is by doing things which connect us to our inner selves and to our Creator and by not doing that which would inhibit that connection. All those weekday activities are a distraction and they give us the illusion that we’re in control. (I must send this email!) On Shabbos we let go of creating the outer world and work on creating our inner world. Some quick Shabbos guidlines, no using electricity, no writing, no using money. Yes, to eating delicious Shabbos meals, reading etc.)