Did I mention yet how much I cringed when I titled this post and the last. Using that P word is so ugly – it’s a word that’s dripping with vulgarism and yet its the accurate word to describe what went on. [Click here for the post about it]

Awful as it was, I’m glad I wrote it.

I’m glad I grew up without taboos –  Judaism and life are just layers of one fabric and we approach both simultaneously with G-d’s will as the guiding force.

What does G-d want? How does He want us to navigate this world of technology?

The answer, I believe is different for everyone. The main thing is to ask the question.

We can’t let this thing of tremendous power in our lives step in and take over without first deciding whether and where it’s welcome.

Let’s talk about our kids and technology.

The way we see it, there are 4 things kids do with the computer.

4. Interesting and or educational websites.

As far as schoolwork goes our kids have to do what they have to do. Usually it’s not much more than writing out a report. One son has a teacher that has them doing these 6 hour lab reports on excel. They enjoy all the typing but they’re not doing it on their own computer. They use mine.

You may think that’s inconvenient  It is.

But it reminds me of a friend who used to have 5 Tv’s. I mean, it’s not great when a family sits around watching TV – but at least they’re together. Once you start getting more Tv’s because it’s inconvenient and everyone needs to watch their own show, the whole thing disintegrates. It goes from family entertainment to “me time.”

And check out where we’re at. Now we’ve gotten to the point where everyone needs their own everything. (Phone, Ipod,  laptop etc) So yes, it’s inconvenient, but we believe that having more computers wouldn’t solve the issue. It would create new ones.

Our oldest daughter, Batya has her own laptop now that she attends an online college. And thank G-d, she uses it wisely. She got it when she was 16, right around that time she also got a phone which was necessary because she began working.

She grew up knowing principles about computer use and we trust her. If she gets off balance, being on the computer too much, she reroutes. I’m really glad we waited to give her both the phone and the computer.

Email. Our kids all have email accounts and they really enjoy using them to email friends and distant cousins. Our Bubby moved to Israel and my daughter loves keeping in touch with her.  A typical thing you’ll hear in my house is “Mommy, can I use the computer?” and I’ll say “Yes, for twenty minutes, just email and skype.” We have their passwords but unless something is VERY amiss we don’t check on them.

We look at email at it as less of a necessity for them, but more to get that computer time out of their system. It’s a fun little entertainment. One problem is that I don’t always keep track of the twenty minutes and it can turn in to 45 minutes in a flash. It’s not great.

Games. Games are where we’re the most strict. Despite all those lovely educational games – there’s way more damage possible, then good. 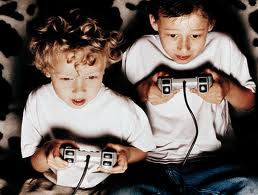 Games are most often a solitary experience, promoting  selfishness, me time and lack of interaction with family members.

Games are designed to lure you in to a fake world with graphics and fantasy and keep you there for as long as they can and when it gets boring, have you buy the second addition.

Games promote escapism – immersing in a world where you build up points and castles and weapons gear all the while actually building…..NOTHING. You never walk a way from a game having accomplished anything.

We actually had a time in our family when I let the kids each have twenty minutes of game time and it was a disaster! Keep

in mind I have 8 kids! It became a whole afternoon of  my turn as well as general dissatisfaction.

If this all sounds strong – guess what. It’s not even half as strong as I feel!

He writes that although  movies are a topic in themselves, a worse thing is video games. He writes that the greatest gift that Hashem gave us is Life. By wasting time, putting effort into illusions and fantasy, we are not simply misusing life, we are taking precious moments and throwing them back into G-d’s face. Here,  I don’t need these. Down the toilet they go.
This goes against everything we’re trying to instill in the children.

Exceptions. Being that games are harmful but not evil there is room for exceptions  For example for a child who is sick in the hospital a feeling of accomplishment may be just what he needs and solitaire is his only option.  A video game would be a great way to ease the loneliness when someone can’t be with him. Another example, a working single mother with an only child. There may be times when the child needs to have fun and the mom simply can’t be the number one entertainment all day.

For us, the exception came when a child of ours was having a terrible time with school, friends and adolescence. We bought her a DS with a game and had her earn additional games with her grades. She was at a very low point and was really struggling. So we offered her some time after to school to use her DS every day and decompress. She sometimes chose to use it later on instead and that was fine.

We still didn’t want her to be at the computer. One game at a time (while SO uncool!) was a precaution against over preoccupation.

Why am I so strict? Actually, if you know me, I’m the last person you’d call strict. We do parties and have a million friends over. The kids often stay up way past their bedtime and have built their own bonfires since they’re 6.

But this topic is different. In this topic, I’m fighting for their neshama, for their souls and for their character. I need to be strict. And I know that when they grow a little older they will have more independence and will most likely make choices for themselves that have more flexibility to them. But it’s my job to set standard in my house.

That’s why if they’re at a friend’s house, I don’t say a word about them not playing video games. They can and they do.

And if you walk into my house there’s a nice likelihood that the kids will ask for your phone because they want to play games on it. I know its out there- but I’d like them to at least have consciousness  about it.

Awhile back we bought $70 of toy figurines from the lovely family on a nearby army base. The toys were in such great condition, I had to ask the mother, “why doesn’t your son want these?”She said, “Oh, he’s bored with them, now he only plays video games.” Her son was five!

Not just that but I’m keenly aware that I grew up without these things and I turned out just fine. In fact, if my kids were going through some of the angst that I went though and I didn’t have this outlook, I would buy them ten different video games. Anything to quiet the hormonal ups and downs and bring peace to the house.

But you know what? I lived. I lived through those years  without all those escapes.

And instead I got late nights talking to my mother, endless writing in my diary, self expression through dancing and occasional painting.

In short, I had no technology to bury myself in and instead, I found myself. That’s what I want for my kids.

I believe that one of the main reasons that parents are advocates for their kids having technology is not because its so good for them, but because its easier on the parents.

This is a big judgment to make, I know, but I see it even in myself.  When my husband and I go out, we will often put on a movie for the kids – it’s so much easier than coming home to the squabbles and getting ten calls while we’re gone.

I’m not proud to say it, but that’s what I do. We’re all a work in progress. 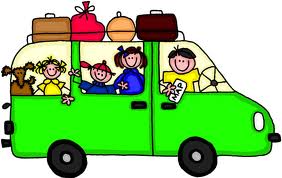 And how much easier is it to take a family trip when the kids have their ears plugged and their hands busy. Ah – peace.

But at what price? At the price of memories, great laughs, pass back the Pringles!  and car games. And kids pick the weirdest times to bring up important subjects, like right when you ‘re about to exit to your destination.

You want to be there for that moment.

You don’t want to miss it as the child stuffs back in their earplugs (headphones) and stuffs the topic deep into his subconscious to fester and one day explode to the surface. 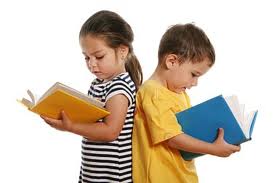 What do you let your kids see? How often? How much freedom do they have? That’s for each parent do decide, but the main thing is to have a filter and or monitoring system. Also, I would challenge if anything beats reading a book.

A lot has been spoken about filters and they’re really important, but as you can see what concerns us more is not just the content but the medium. There are only a few hours left to the day after the children come home from school. Those are our parenting hours. And I know it’s hard, and I fall sometimes too, allowing more than I should, we really are all maxed out. But here’s our big chance to build relationships, be present and teach them how to be present without needing an outside crutch.

How do my kids feel? Overall they understand what we’re trying to do. They have varying amounts of frustration because computers are so much fun and they want a piece of the action!

It doesn’t help that I’m on the computer so many nights! with maturity comes a deeper understanding. I would even dare to say that they occasionally feel lucky. The middle schoolers have the hardest time with our boundaries because it makes them significantly less cool – and that’s tough. 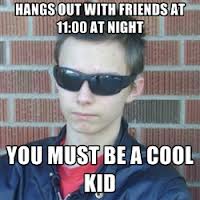 But we’re still chugging away. It’s not easy. I call it barely holding on – there’s not much out there that supports this. There are those who don’t have internet at all, yes. But among those who do – I haven’t heard any of this be much of a topic.

I really hope this post didn’t come out like I’m high on my horse. I’m giving over what I do in response to many discussions that were sparked as a result of the last post. How do you deal with technology in your house?